Lina and Sebastian, partook in a pre-wedding photoshoot, courtesy of NG Studio. They had beautiful pictures taken by out team in three different locations, all within the same day. In one of their very first photographs, Lina the future bride, is pictured playing the zither, a traditional Chinese instrument. Lina is a professional player of the zither, an award winning professional instrumentalist. The future husband and wife wanted this talent to be a part of their special pre-wedding photography shoot, showing their appreciation for music. These photographs showcase just how important music is, to this future bride and groom.

One of the locations for their pre-wedding photography, took place in Toronto, Ontario, beside the lake, at Lakeshore. The beautiful water, rocks and clouds in the sky, all contributed to the fairy-tale feel of this special day. The future bride is pictured wearing a beautiful, fitted, mermaid style gown and crown, and the future groom is wearing a tailored suit and bowtie.

The second location for their beautiful pre-wedding photographs took place at the distillery district, in Toronto. The distillery district is a historic site that is alive with culture, set within nineteenth century buildings. While at the distillery district, this couple had their photograph taken in front of a historic brick wall, and green door, as well as posing in front of the iconic ‘love sign’. The second outfit that the bride wears, is a traditional red gown, with red being an important color for Chinese traditions. Our team captured the bride and groom underneath a second ‘love’ symbol, with a red heart, which perfectly matches the bride’s red dress. The third outfit worn by the bride, is a flowing wedding gown, which is more ball-gown style, as compared to her first wedding gown of the day. The last outfit worn by the future bride, is a pink and purple gown, as the bride holds onto the reigns of a horse, and receives a kiss from her future husband. This was a perfect day, with perfect weather, creating the best possible atmosphere for NG Studio to capture these breathtaking moments. 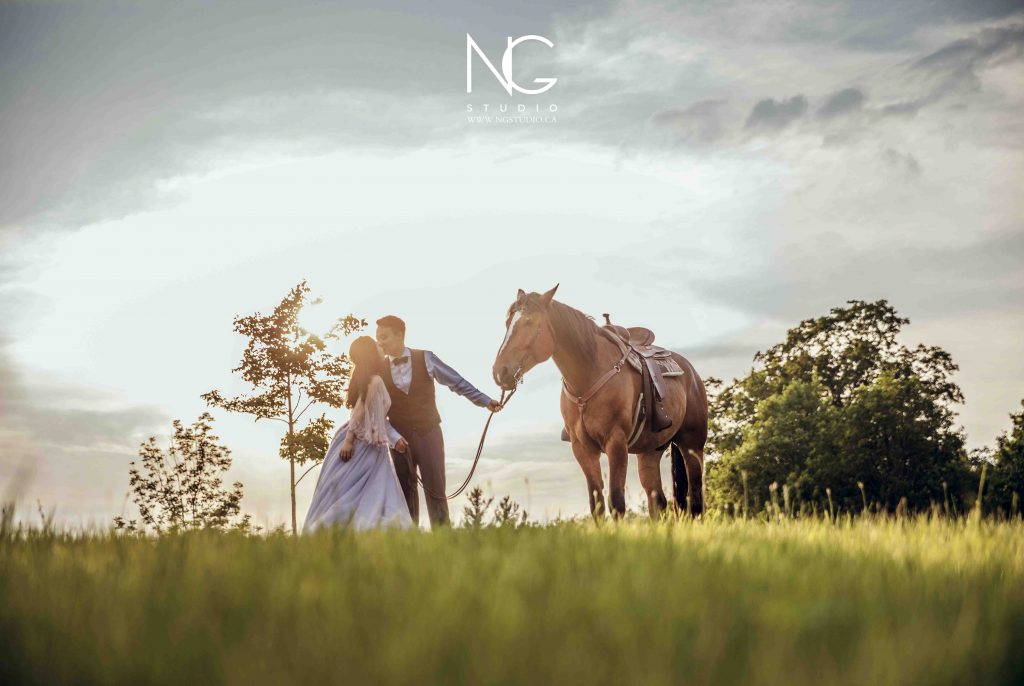 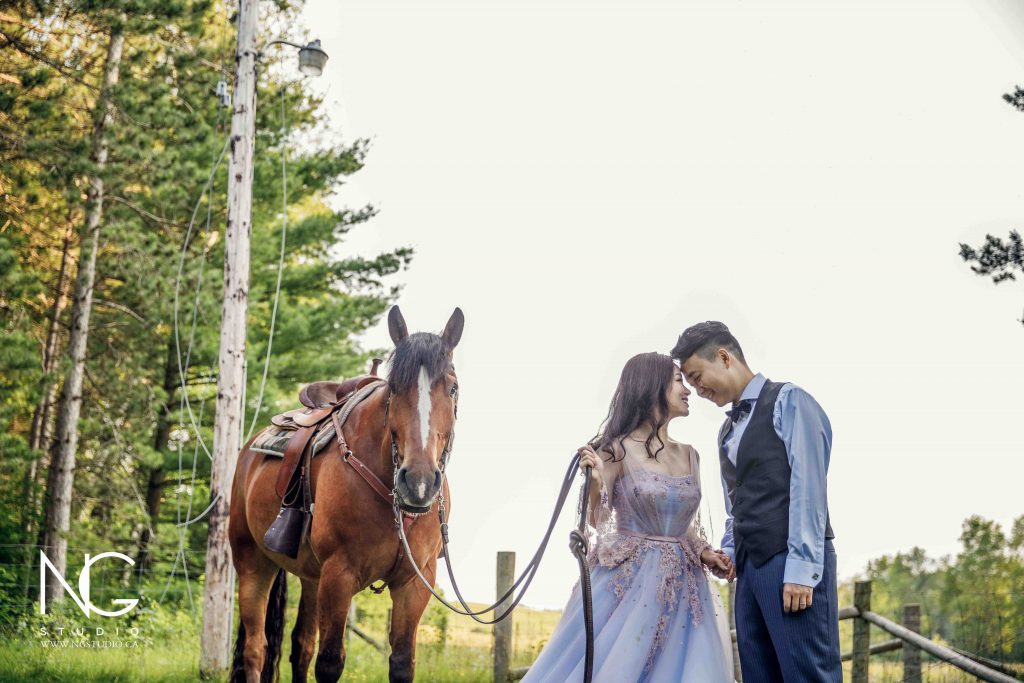 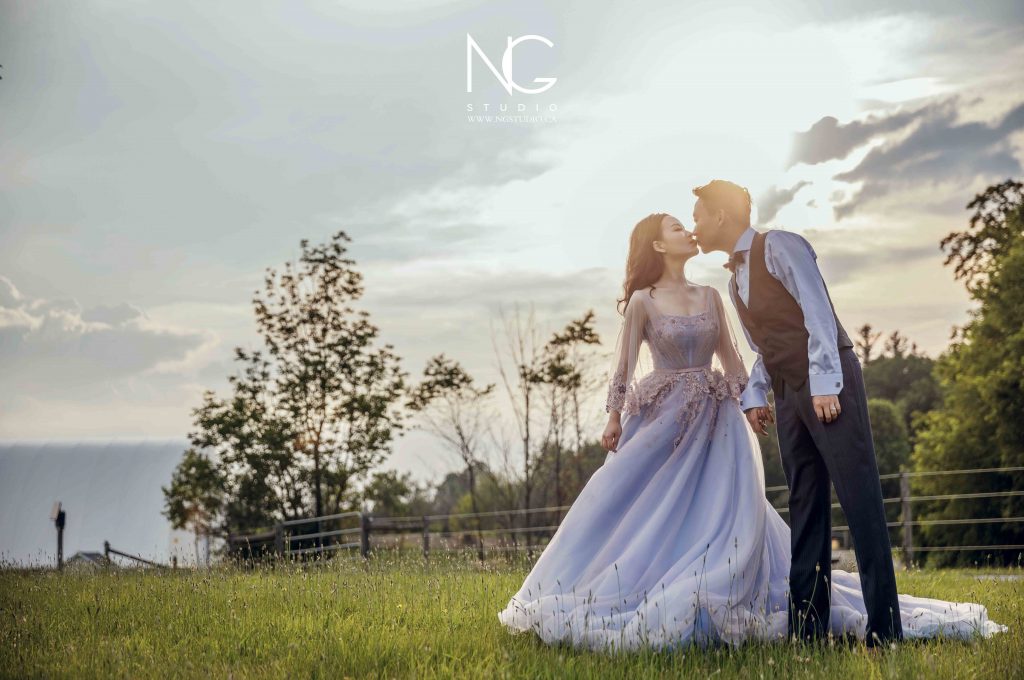 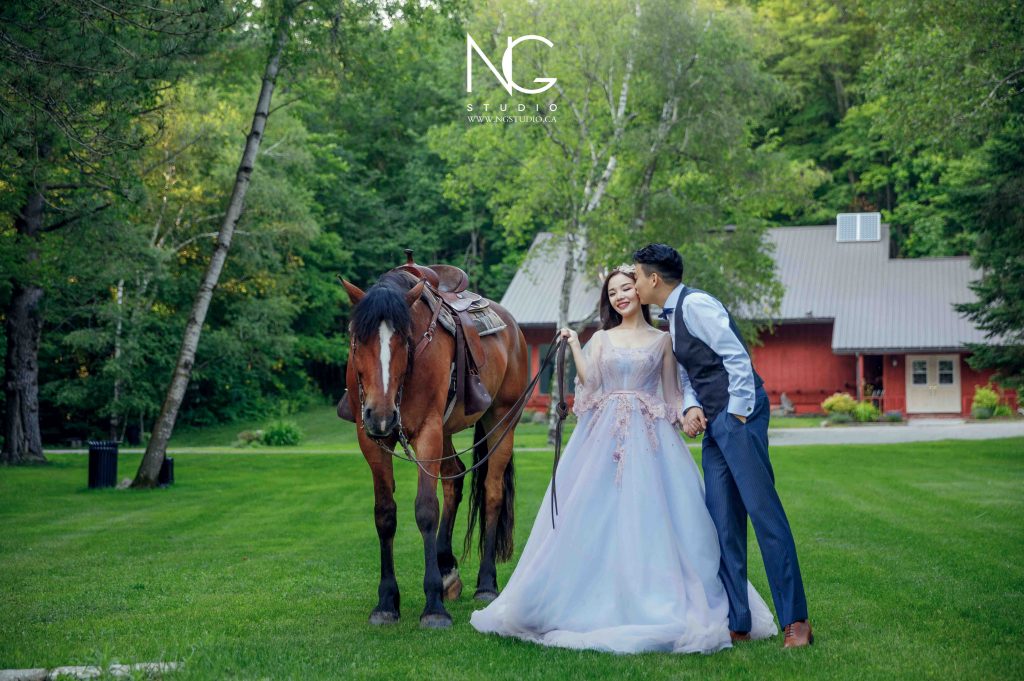 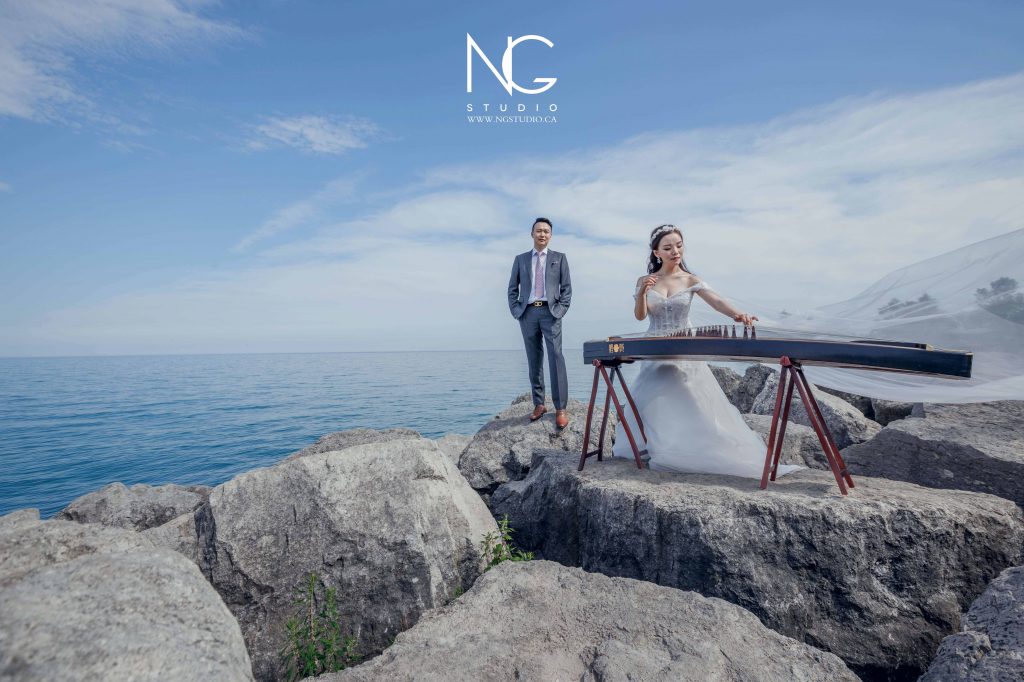 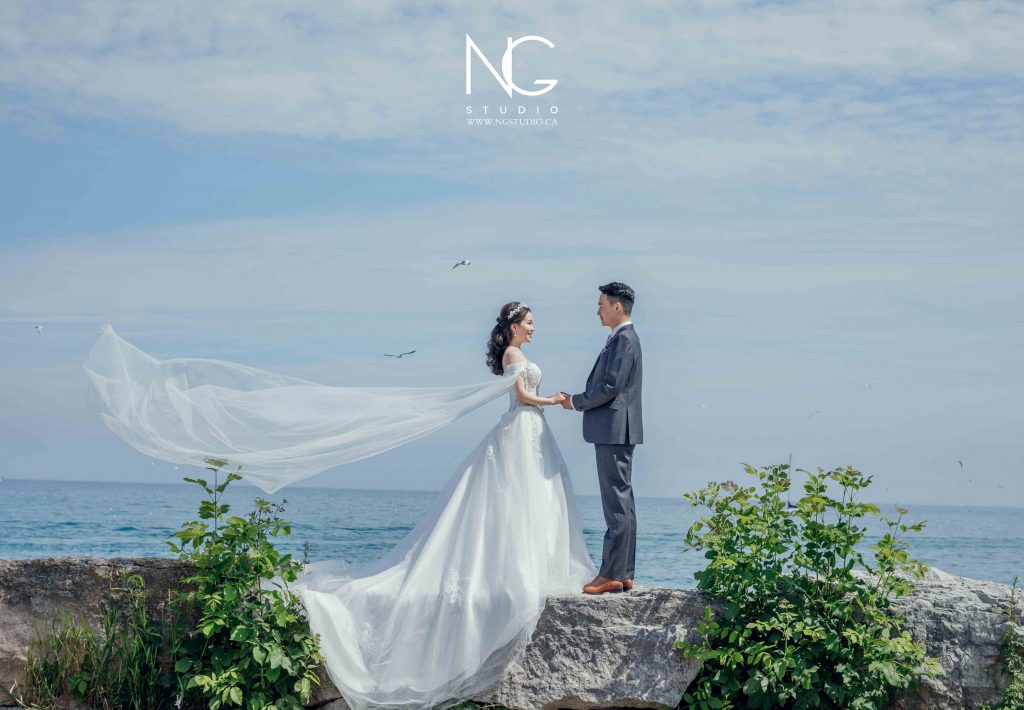 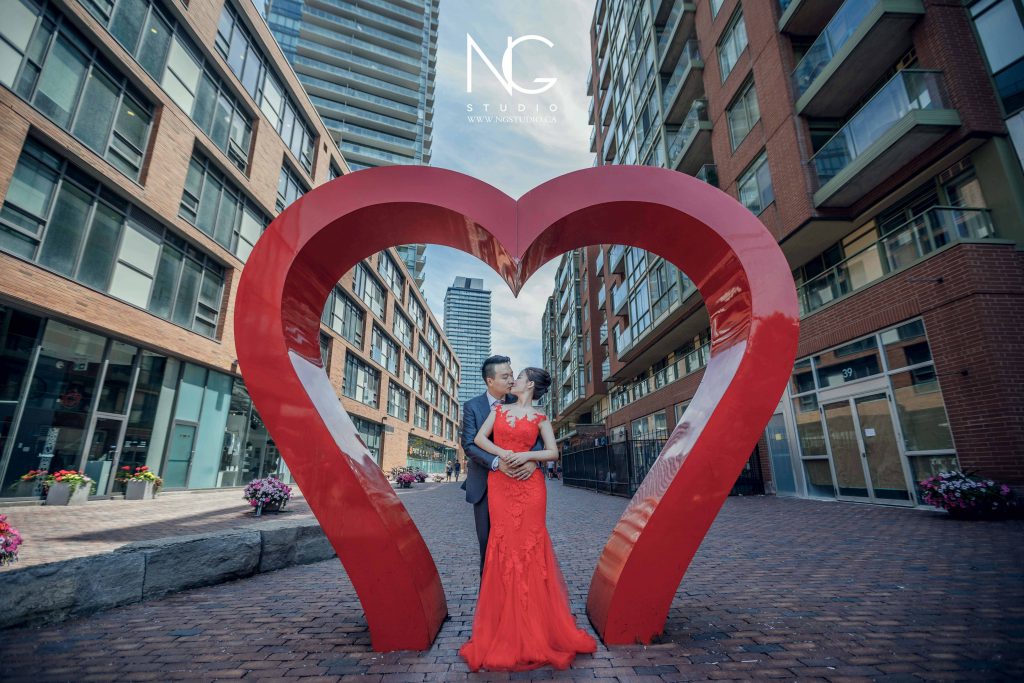 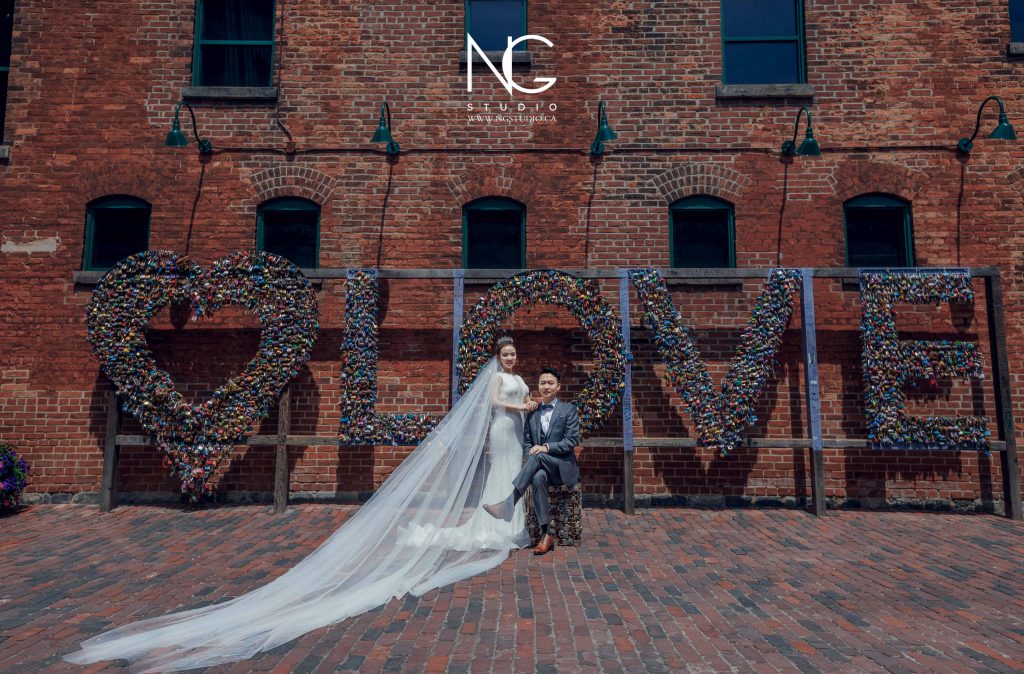 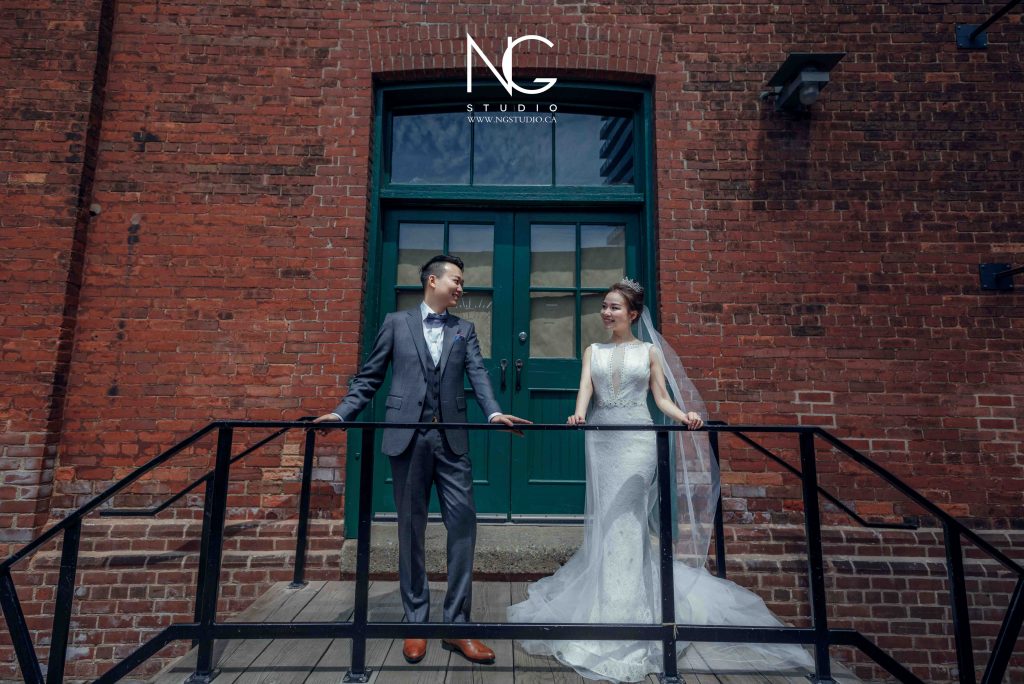 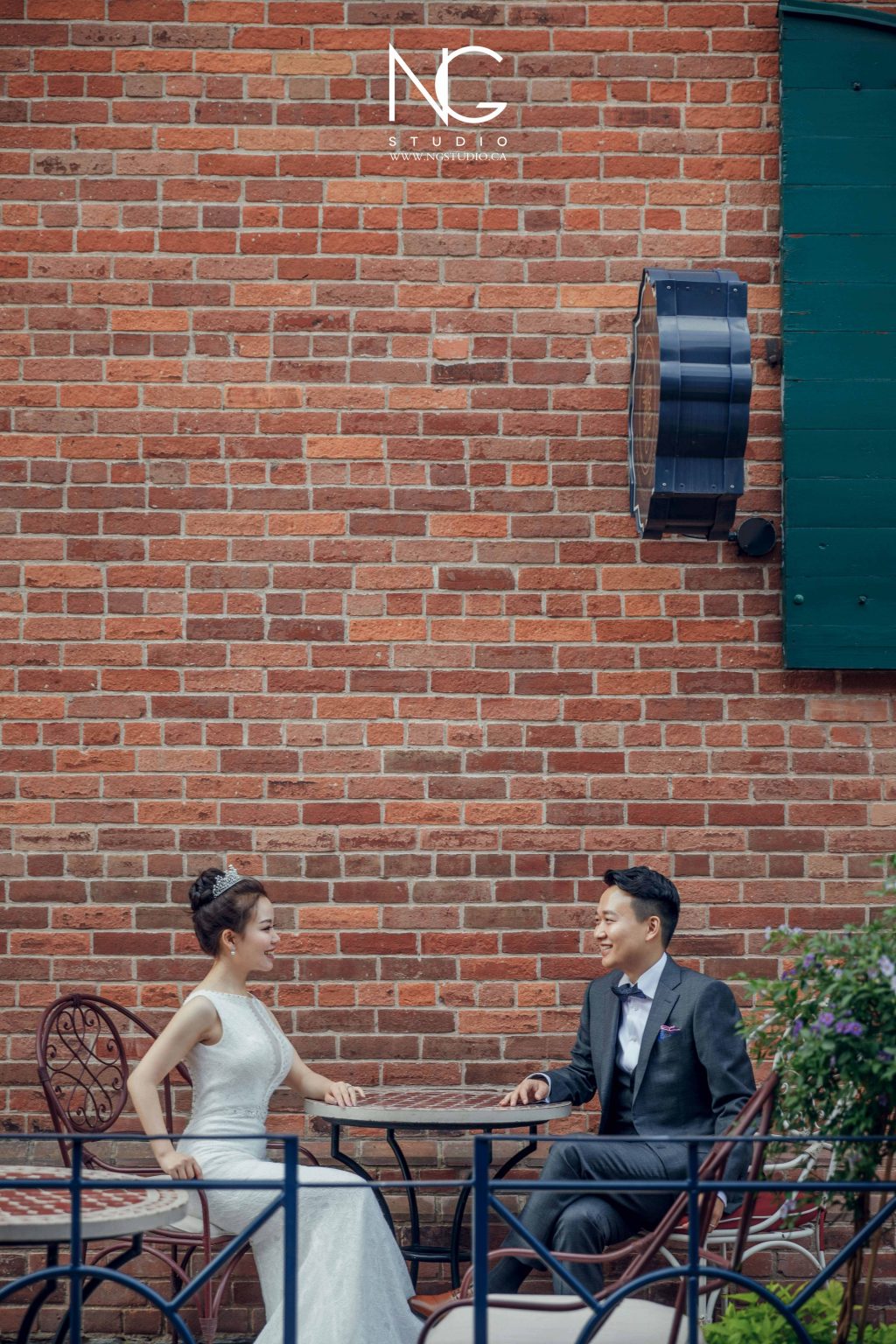 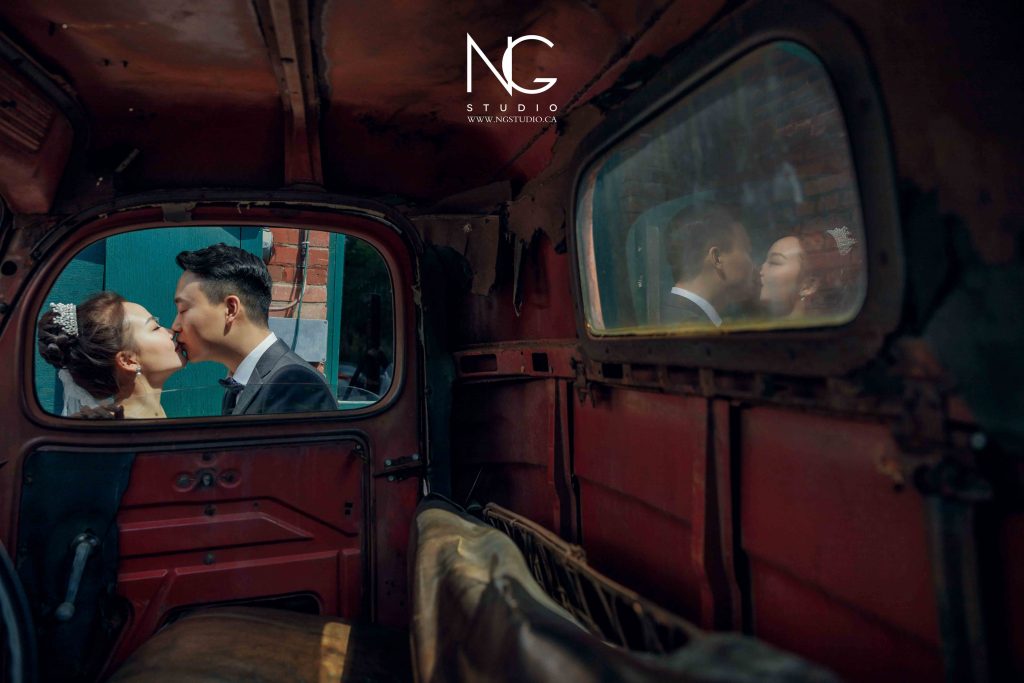 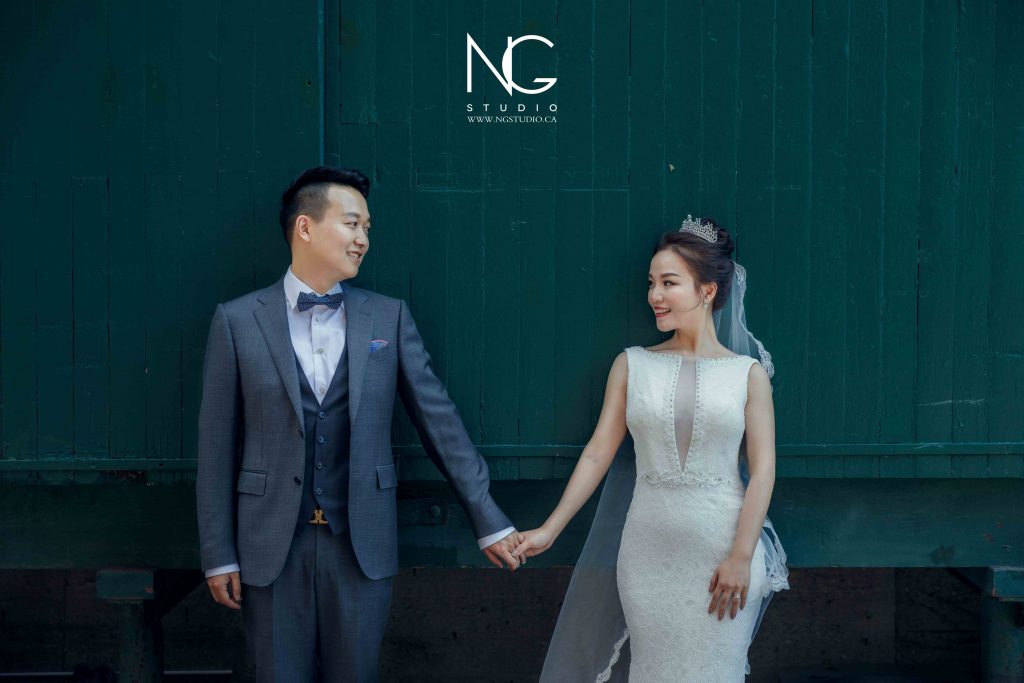 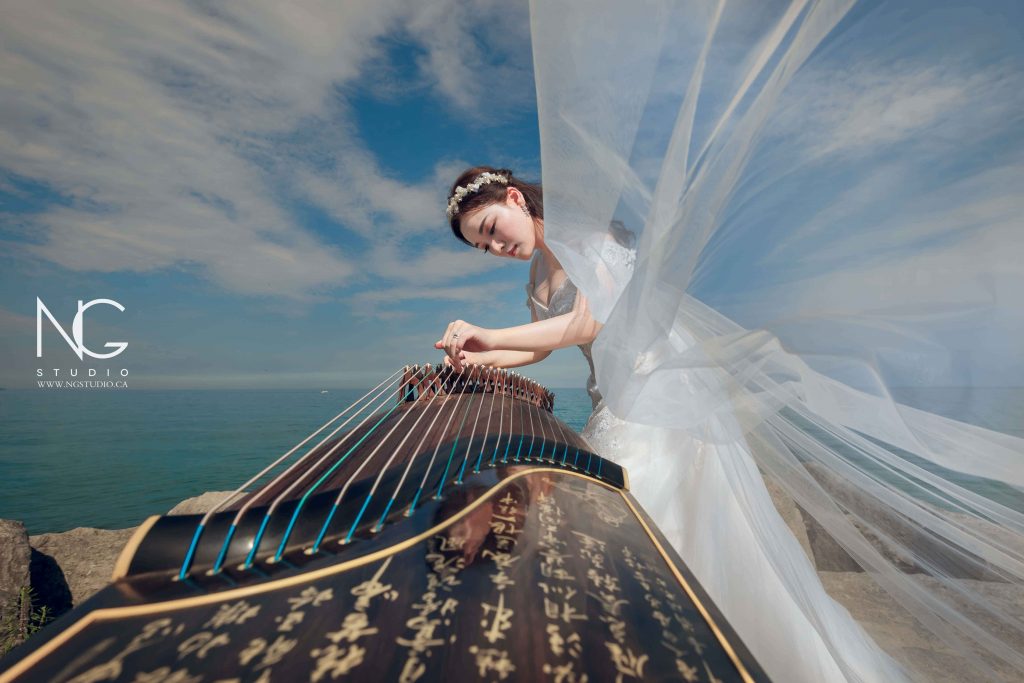